Google takes up its fair share of twitter with several different twitter accounts; but boy does it create really cool twitter accounts that you are actually glad they create. Unlike other companies who have some boring extensions of their brand like XYZSupport, XYZBlabla, Google ( and many other hip startups and socially smart enterprises ) has gone the extra mile to be very active on a wide array and true network of accounts. Some represent products and some are logical ways for them to showcase their take and perspectives on certain issues, For some reason Google is always able to have very cool divisions of their company, or atleast their online representatives of the work they do.

Here are a few of Google’s twitter accounts we recommend you check out, they release all sorts of cool news from marketing to search to info about all their products and global good type related information as well.

@Google
is following mostly other major technology and related twitter accounts and enterprises such as CNet News, Reuters Media, Yahoo!, and of course hot social media sites like Mashable and Techmeme were there too.

Among Google’s lineup of twitter accounts are: @googleos, @googleSanDiego , @googletech, @googlechrome, @GoogleRetail, @GoogleglobalAds, @GoogleOffers, @googlemobileads, @googlecode, @GoogleMobile, and those are just the tip of the iceberg. I honestly have no clue how many accounts they have but i can imagine that is around 50+ seeing as the similar feature on twitter when on a Google twitter account just keeps returning new examples such as GoogleFinSvcs for their Google Finance offerings, and GoogleCSE for Google Custom Search and GoogleApis for some of their developers. Basically if we were going to guestimate here a bit about how many accounts they may have made if they are taking every chance they get to socially extend a great deal of their inner related groups of workers and sectors we would almost really have to say they have like 200 accounts or more. You can google search for an answer and see if somebody else knows as I bet it is out there!

@google and the other accounts tweet about everything from iPhones to Africa, here is a recent tweet:
@GOOGLE: Encouraging online freedom of expression in Sub-Saharan Africa: http://t.co/q0wQguW (@googleafrica)

I was really impressed by the @googlepubpolicy which is their take on a lot of the issues out there as well as Google’s public relations and related fields. It just sounds like a cool idea I kinda of want to do something similar for Global Good Group. Anyways when you head over to the site that Google Pub Policy has on their twitter, http://googlepublicpolicy.blogspot.com/ it says up top that Google Public Policy Blog is Google’s views on government, policy, and politics. So if you were curious as to the exact real reason of that account that is probably the most accurate… as it is straight from Google!

Surgey and Larry, rock on guys we shall hang soon eh? The Global Good Execs are pushing forward and you can help big time... help us help the world were doing our best. 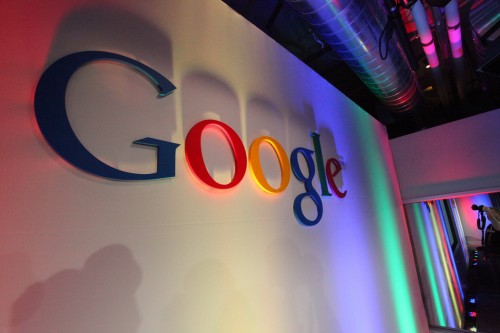